The sour and spicy soup noodles is a specialty at Ichi-ban Boshi.
The voluminous sour and spicy noodle dish with lots of different ingredients and homemade noodles in a thick savory soup with a refreshing sour taste of vinegar and a spicy taste of red peppers is sure to become an eating habit for whoever tastes it even once. It is a masterpiece which Ichi-ban Boshi is proud to be serving to its customers with confidence. 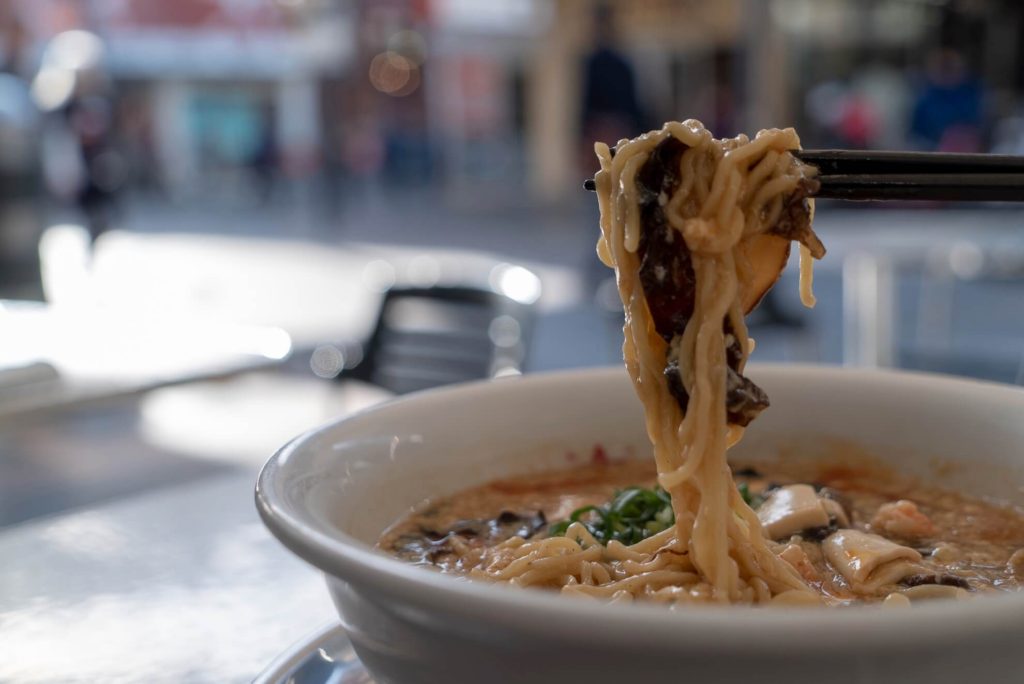 What kind of a dish is the sour and spicy noodles?

It is possible to eat it at Chinese restaurants across Japan and also at some ramen shops. It is a ramen dish that has evolved from a unique sour and spicy soup (sanratan) which is a traditional dish for China’s Sichuan and Hunan cuisine. Among various types of ramen, its peculiarity is in the fact that it contains various ingredients such as tofu, shiitake mushrooms, bamboo shoots, green onions, wood ear mushrooms and many others.

You can expect health and beauty effects from the dish 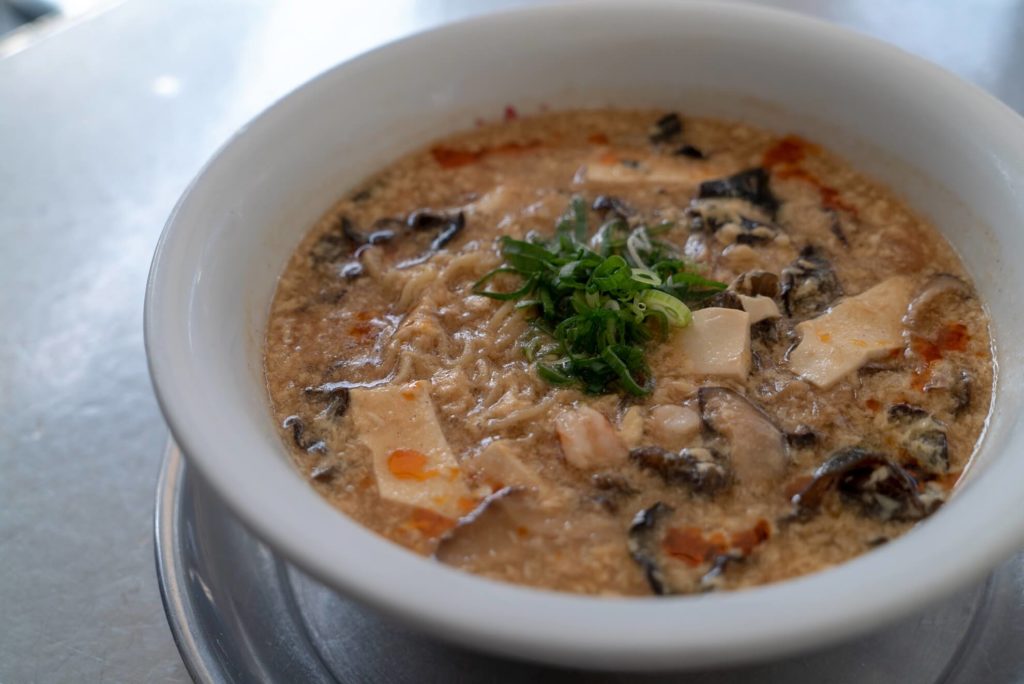 The deciding factor of the taste of the sour and spicy soup is primarily in the vinegar. Vinegar is a healthy seasoning which attracts a lot of attention across the world.
Since vinegar contains a lot of amino acids, it has an effect of making it more difficult for the body to store fat.
In addition, the antibacterial effect can also be expected along with the ability to remove harmful bacteria in the intestines, so it can have the beauty effects too.
It also has an appetite stimulating effect, so you can enjoy the delicious taste of the dish even at times when you do not have much appetite during the hot season in Australia which is soon to come, and the spicy ingredients will warm your body, enhance your metabolism and make you sweat.
At the same time, vinegar helps with digestion of carbohydrates which are the main components in noodles, so, being a delicious nutritional supplement with a variety of balanced ingredients the dish is a good menu choice for those who are on a diet. Such positive health effects are also enhanced by its anti-hangover effect. 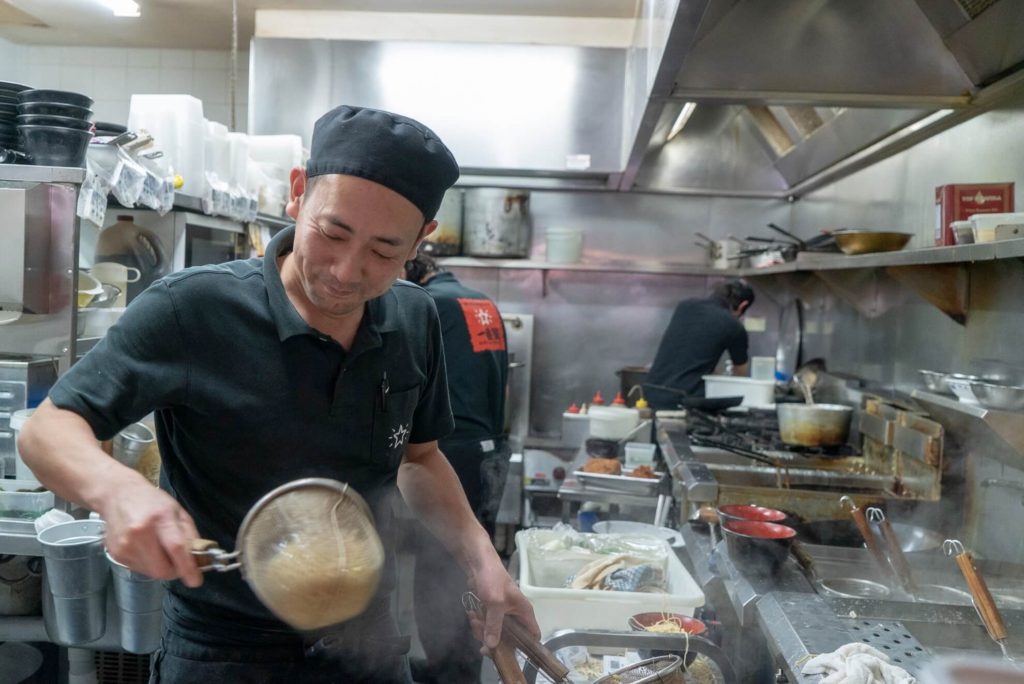 The birthplace of sour and spicy noodles is actually in Japan

“Eirin” is a long-established ramen shop which opened in Tokyo’s business district of Akasaka about sixty years ago.
Actually, the shop “Eirin” is the birthplace of the sour and spicy noodles. At “Eirin”, the dish of Chinese noodles in sour and spicy soup was the staff meal and it is said to have gotten a good reputation among them and later it became a part of their signboard menu. From the kitchen of this long-established Chinese food shop in Akasaka the sour and spicy noodles have spread all over Japan. 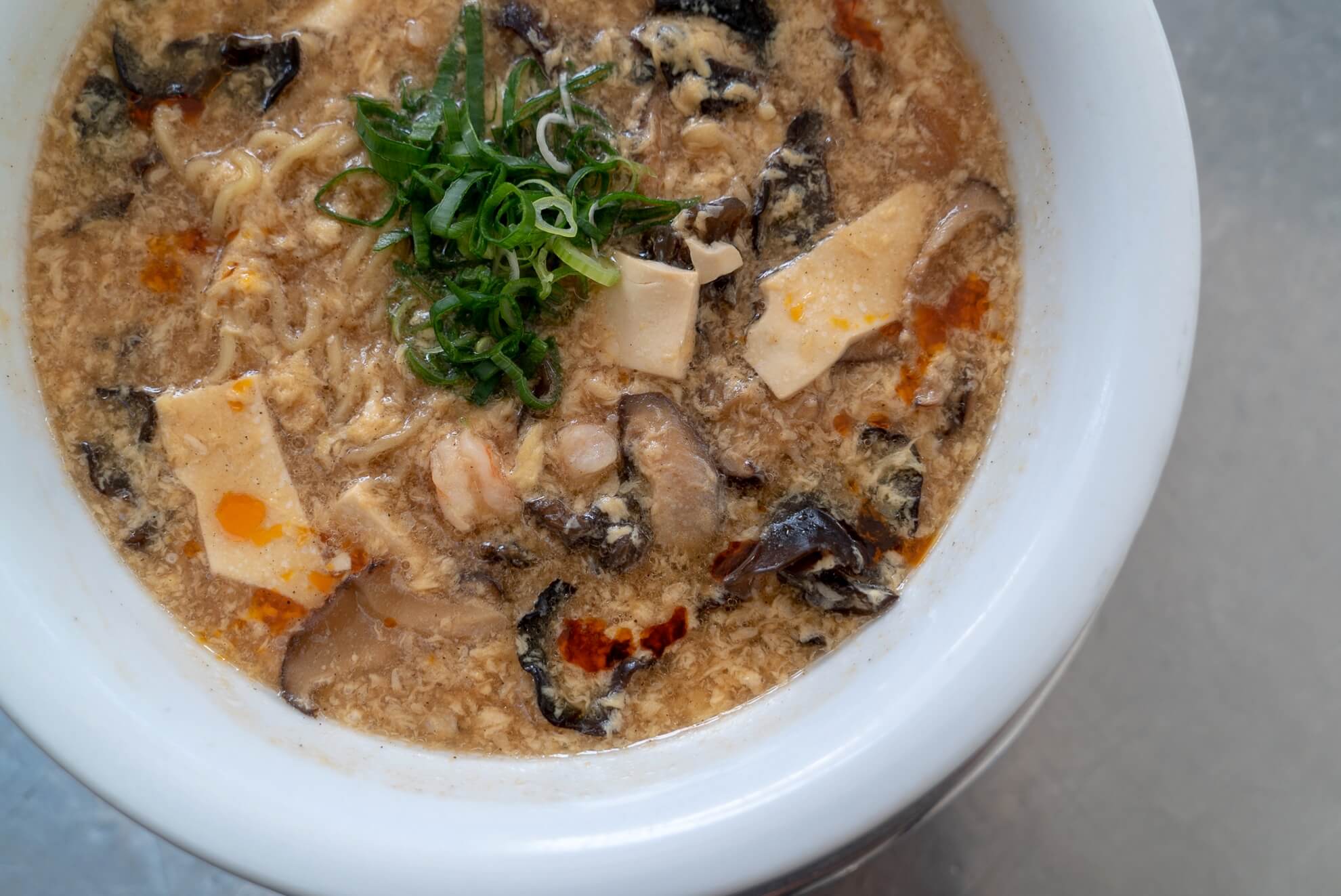 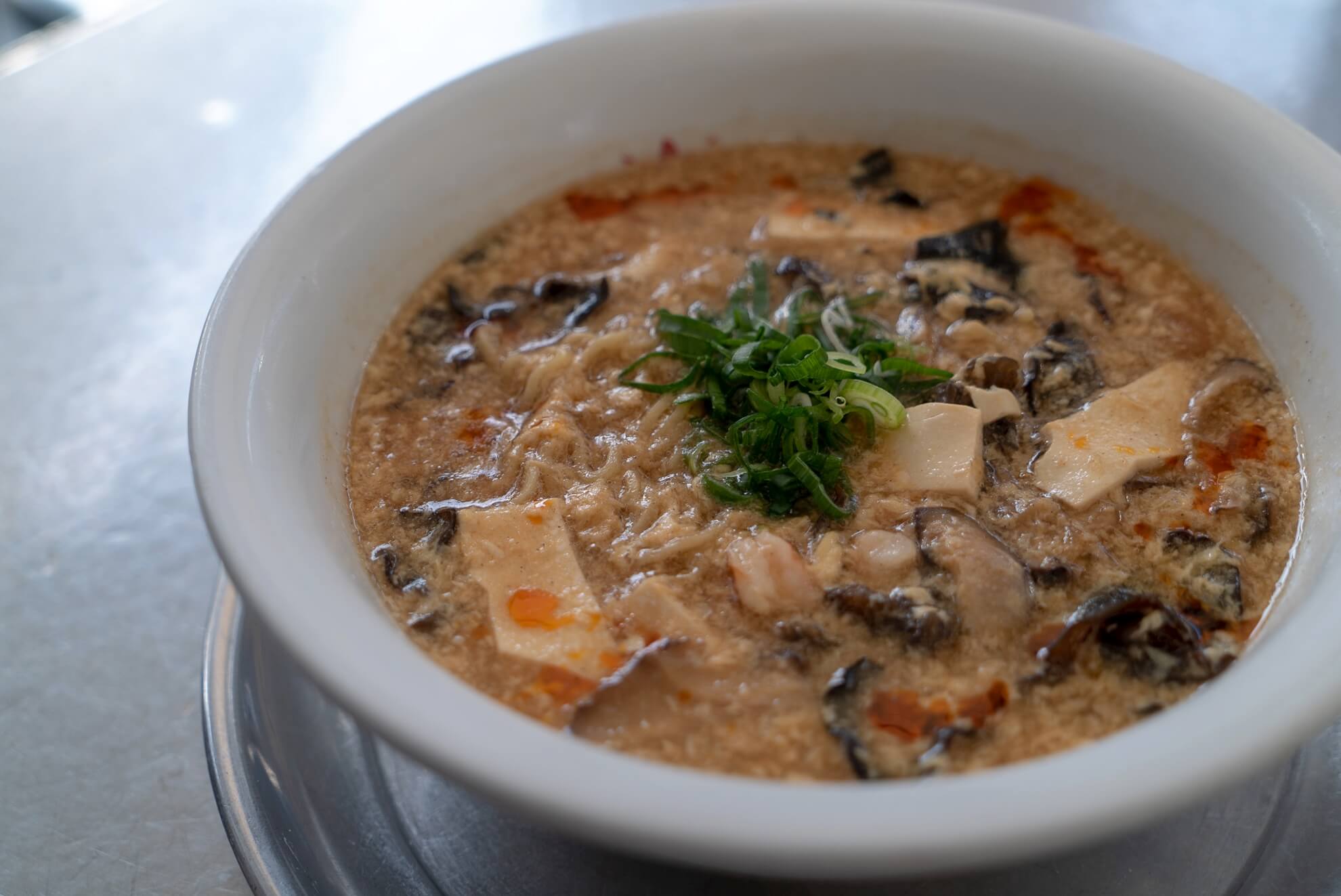 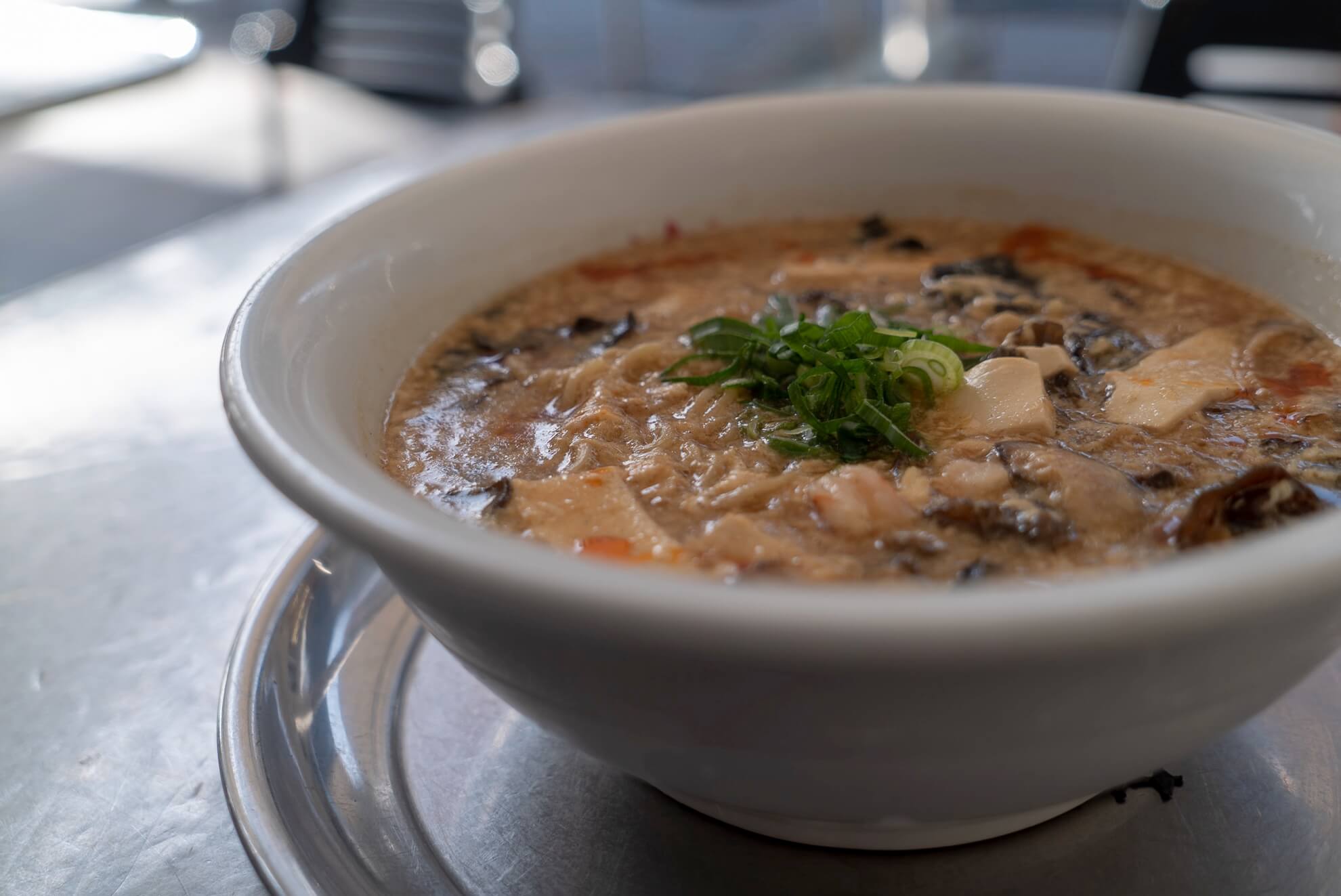 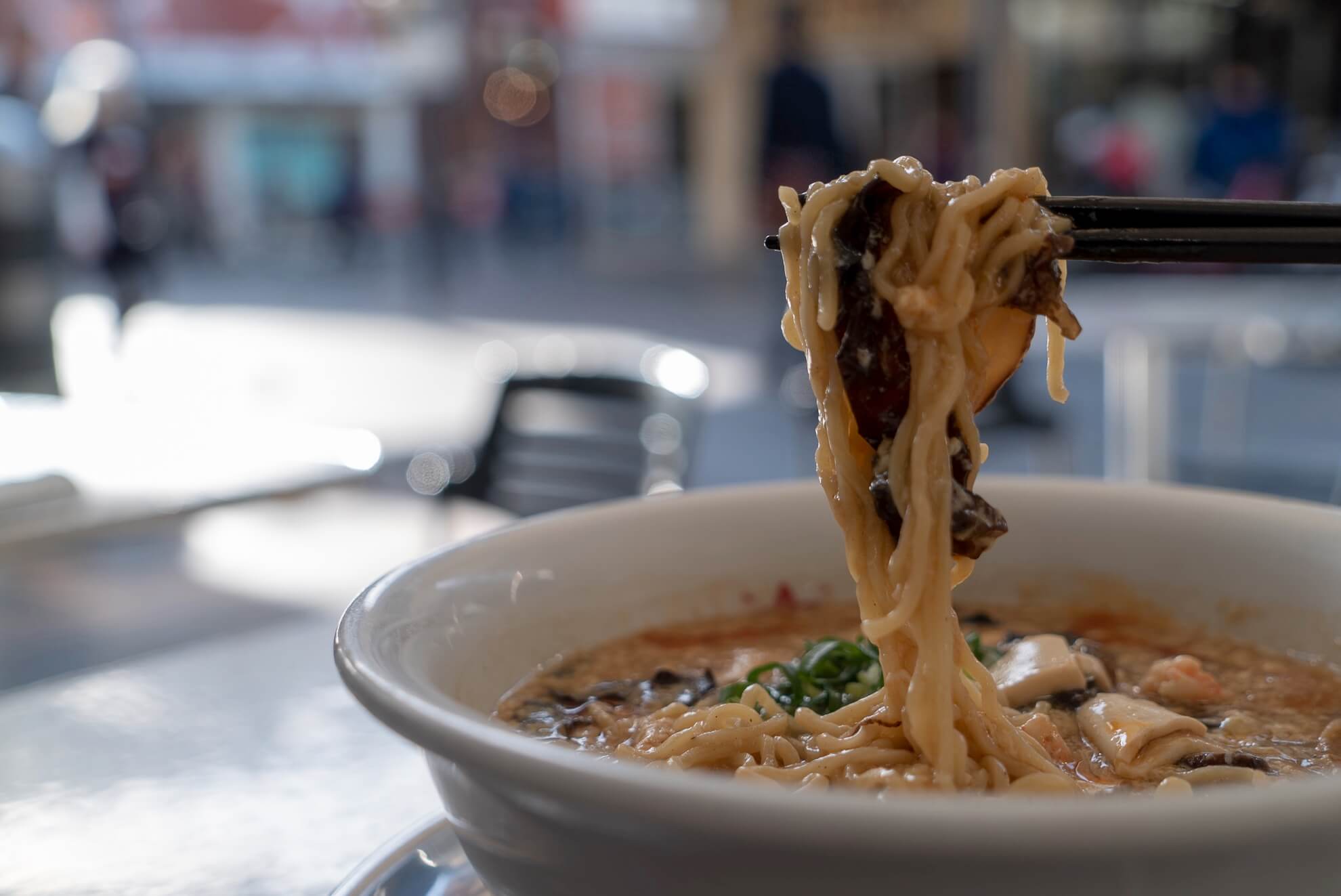 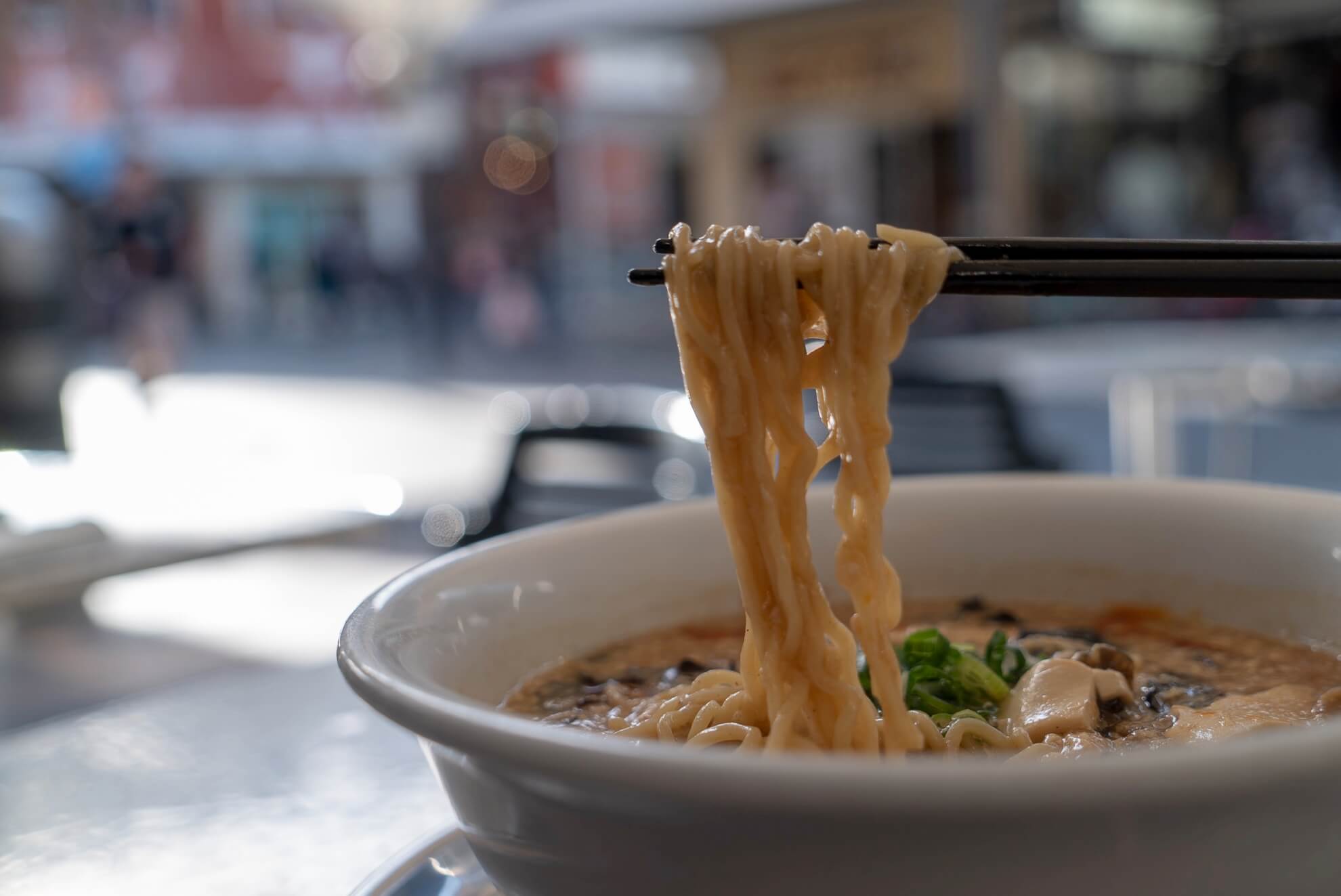 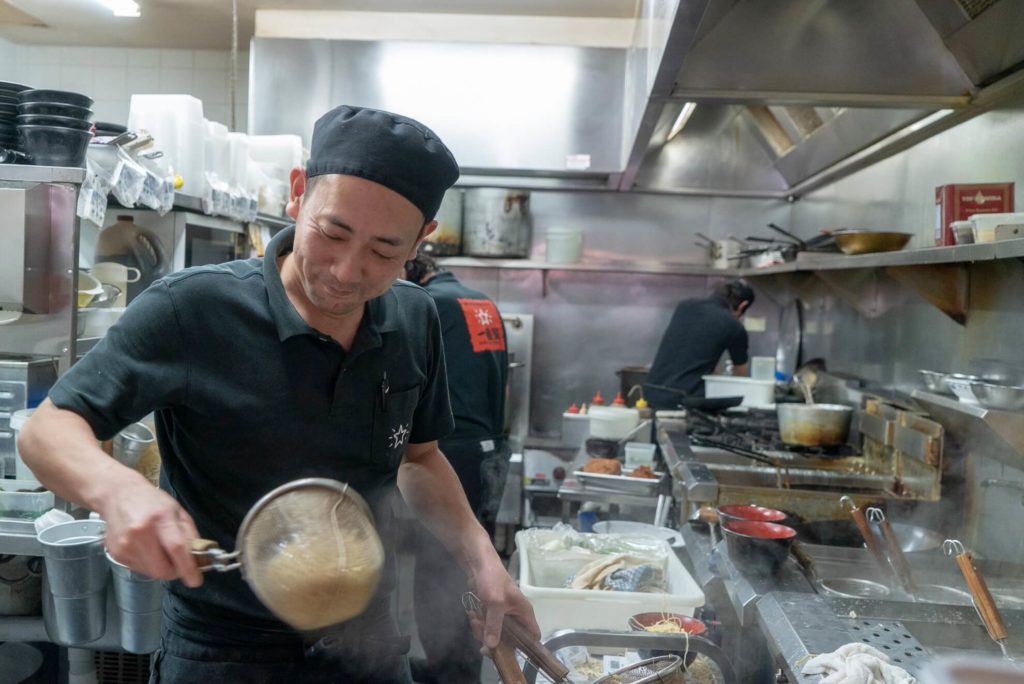