In Japan, there is a food genre that everyone from children to adult love.
That is Western food.

Western food is the unique evolution of Western food into a Japanese style.
Among them, a typical dish is Tonkatsu.

Tonkatsu is a culinary dish made by cutting thick pork loin and tenderloin, sprinkling flour, combining with beaten eggs and breadcrumbs, and frying in oil.

The decisive difference with the French cuisine “côtelettes” is that cutlets are cooked by frying where as
Tonkatsu is deep-fried.

As deep-frying by dipping thoroughly in oil results in less moisture evaporation from the meat in comparison to frying, which is exposed to the atmosphere during heating, it can be finished to a moist and soft texture.
Many of the Tonkatsu in Japan are served in the style of Japanese cuisine with miso soup, pickles and rice bowl.

Tonkatsu may be served with Tonkatsu sauce, sesame seeds, spicy water, etc. so that you can enjoy with your favorite seasoning.

One of the pleasures of Tonkatsu is the different seasoning used depending on the local region.
As a typical example, in Nagoya there is the miso cutlet which is Tonkatsu eaten with a miso-based sauce. 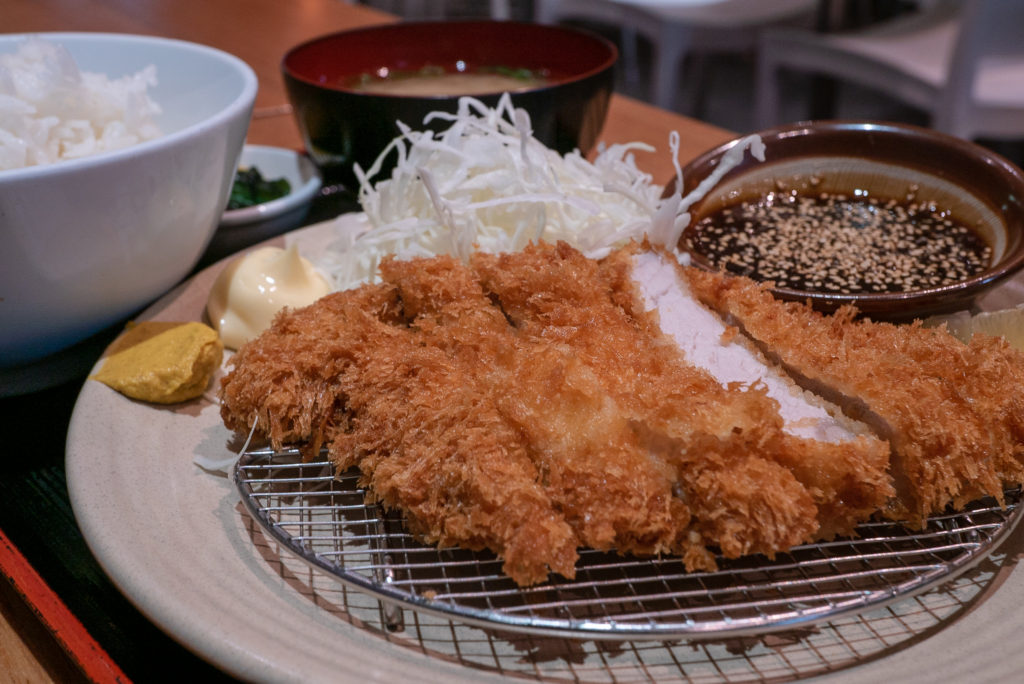 History of the Tonkatsu

The origins of the name of Tonkatsu is from the combination of pork pronounced as “ton” and the French cuisine “côtelettes”
While “côtelettes” uses beef, Tonkatsu uniquely evolved as a dish using pork.

The history is goes back a while, and in 1899 when a Western restaurant in Ginza, Tokyo, “Rengatei” served a dish called “pork cutlet” is believed to be the first origins.

Then, in 1929, the “Ponch” in Kanda, Tokyo was the first to cook the dish using the same method as today’s Tonkatsu and named it Tonkatsu. 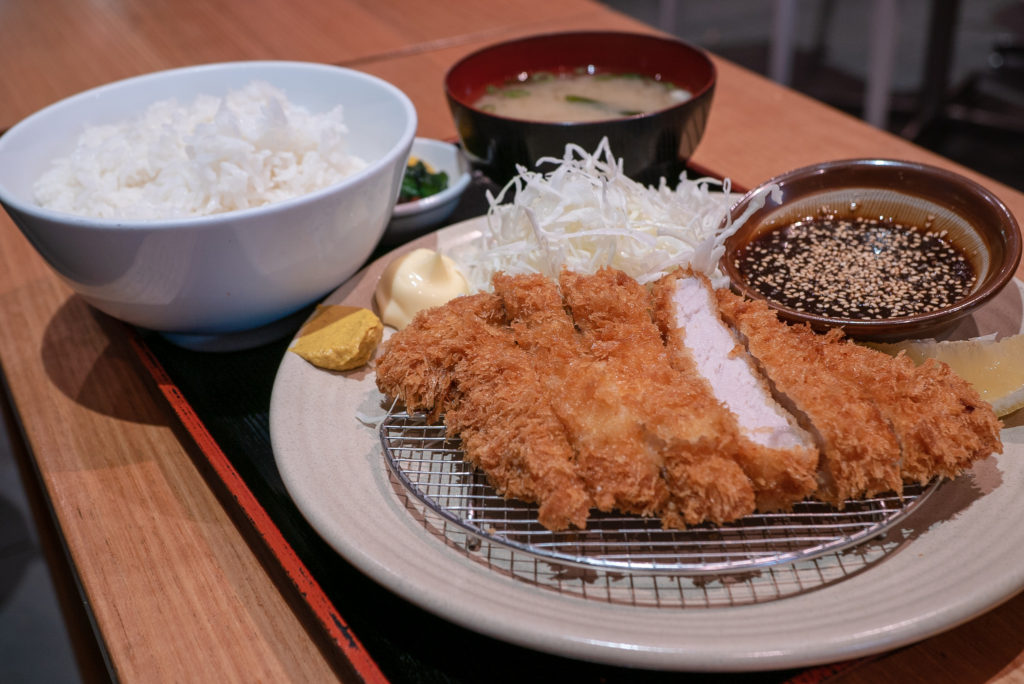 At the time there were many Tonkatsu fans from the literary world, in the essay “Ginza” authored by Nagai Kafu, known as gastronomist, there is a reference written about the “Tonkatsu” which is served at a store.

As a derived dish, in 1918 the Katsu-curry (kawakin-don) and in 1921 the “Katsu-don” were born.
In 1932, in the Ueno and Asakusa store district, many tokatsu specialty stores such as the “Rakuten”, “Kitahachi”, “Iizumi” opened one after another, and the Tonkatsu became a boom in Tokyo.

Then in 1958, the Tonkatsu chain store “Wako” was born and competition between Tonkatsu specialty stores intensified

There are many derived dishes that combine the Tonkatsu itself with another dish. 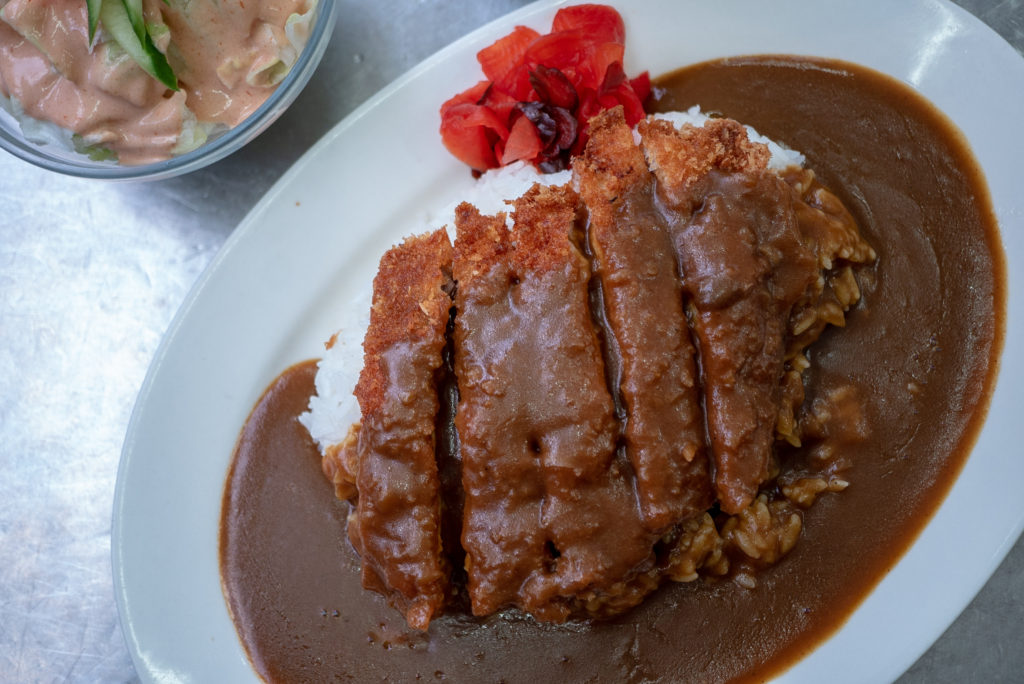 The Ichibanboshi offers premium Tonkatsu set meals.
It is a unique cutlet that uses special breadcrumbs are used to firmly draw out the taste of carefully selected pork with thick and extravagant cut.

We prepare each time an order is received, so you can fully enjoy the harmony of juicy pork and crispy fluffy breading.

In addition, in order to make sure that the freshly fried breading of the Tonkatsu does not become soft from the steam given off from of the temperature of the Tonkatsu, a special plate with a bottom net is used when served, so you can 100% enjoy the Tonkatsu until the last bite.

If you eat freshly fried Tonkatsu dipped in a special sauce, you can be sure that it will blow away any fatigue from the day. 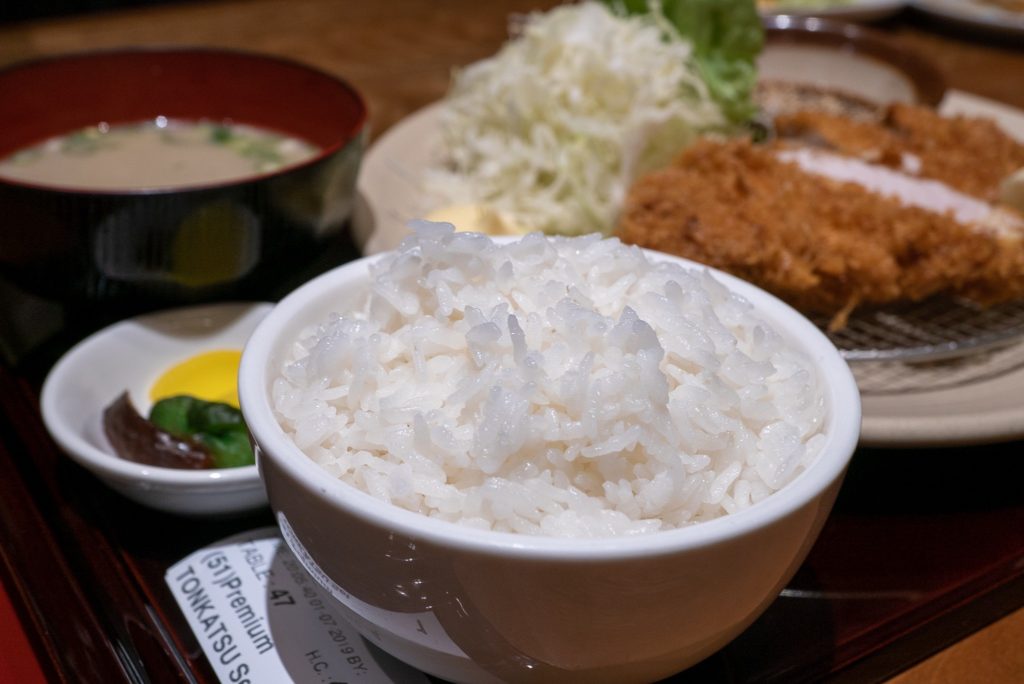 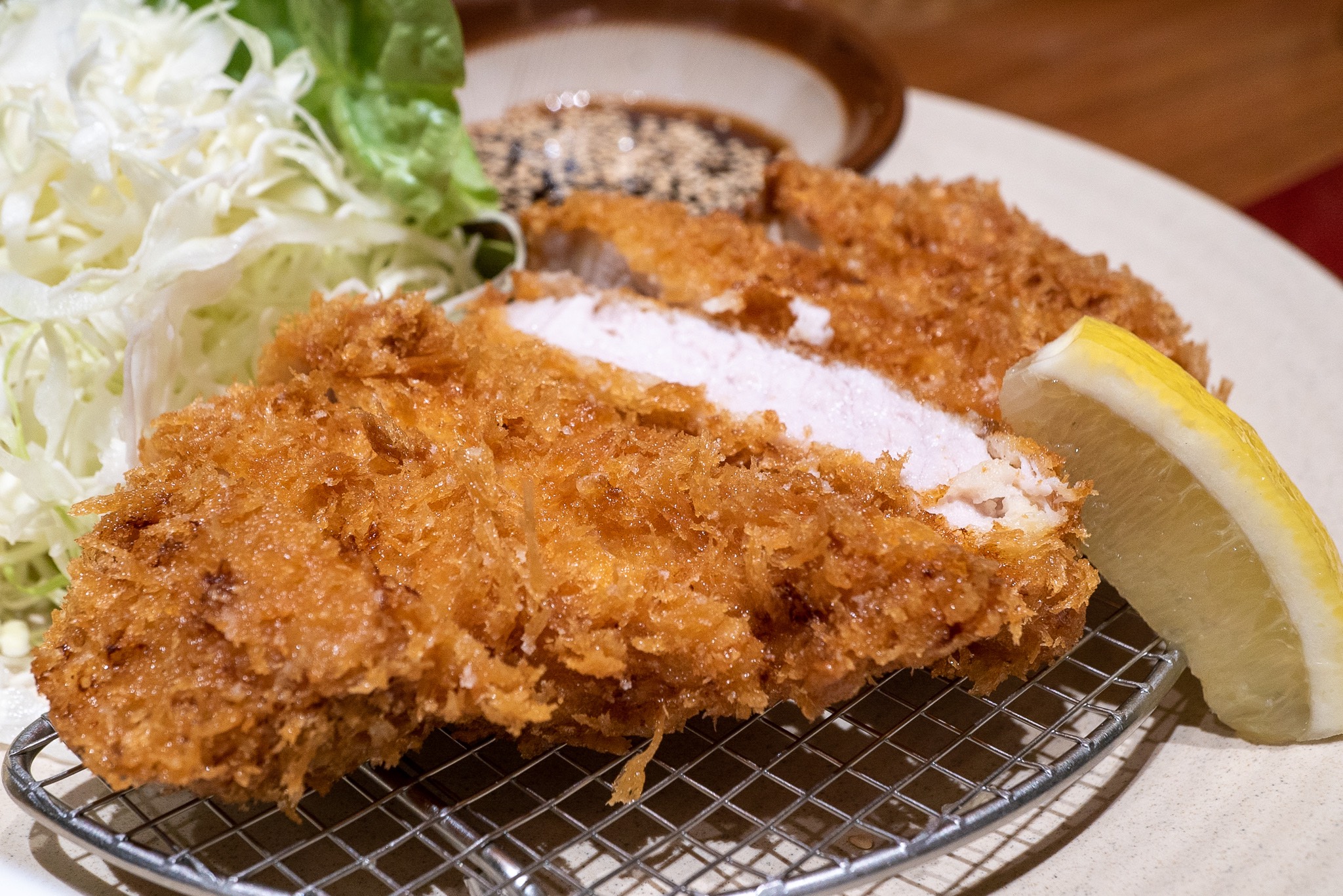 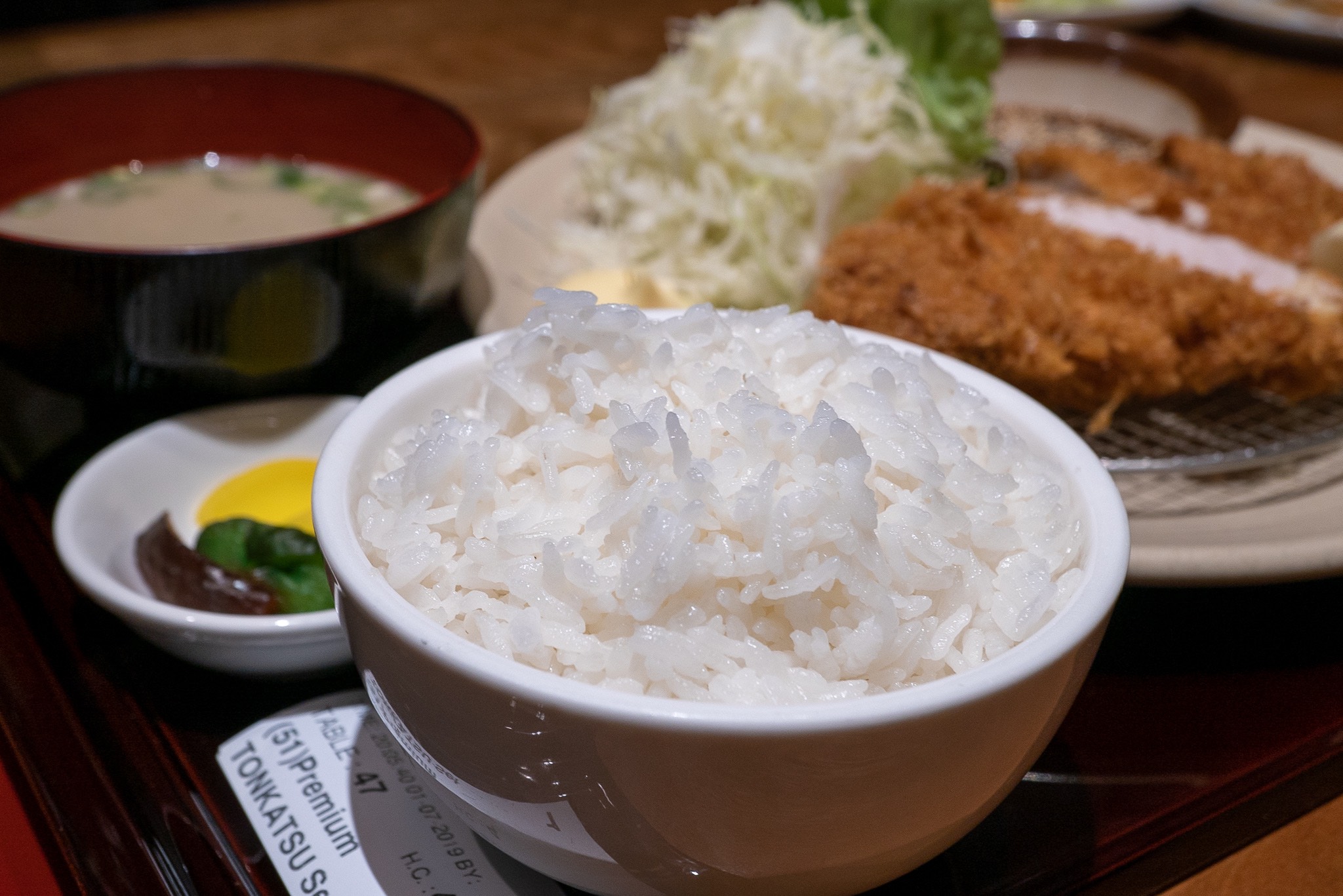 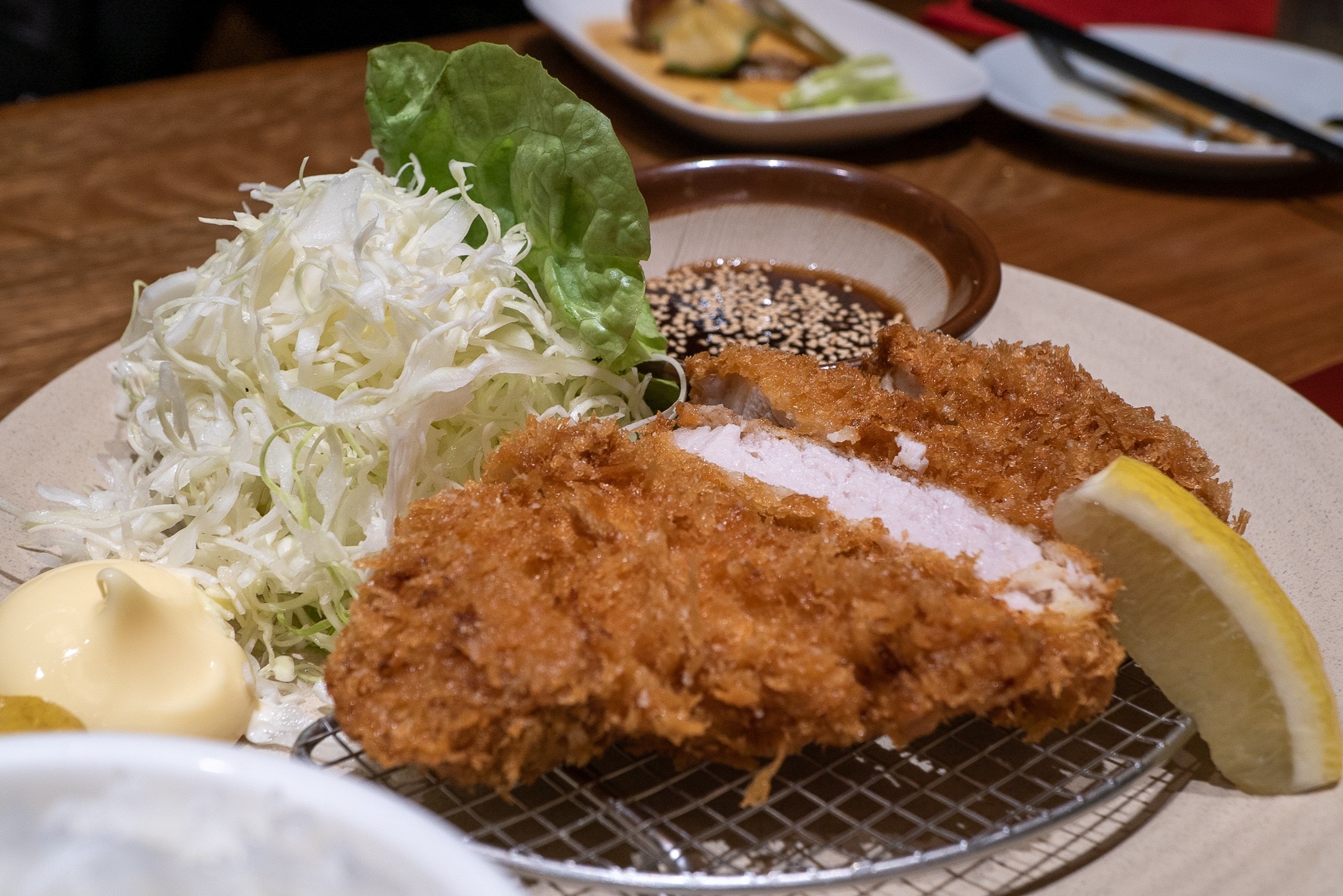 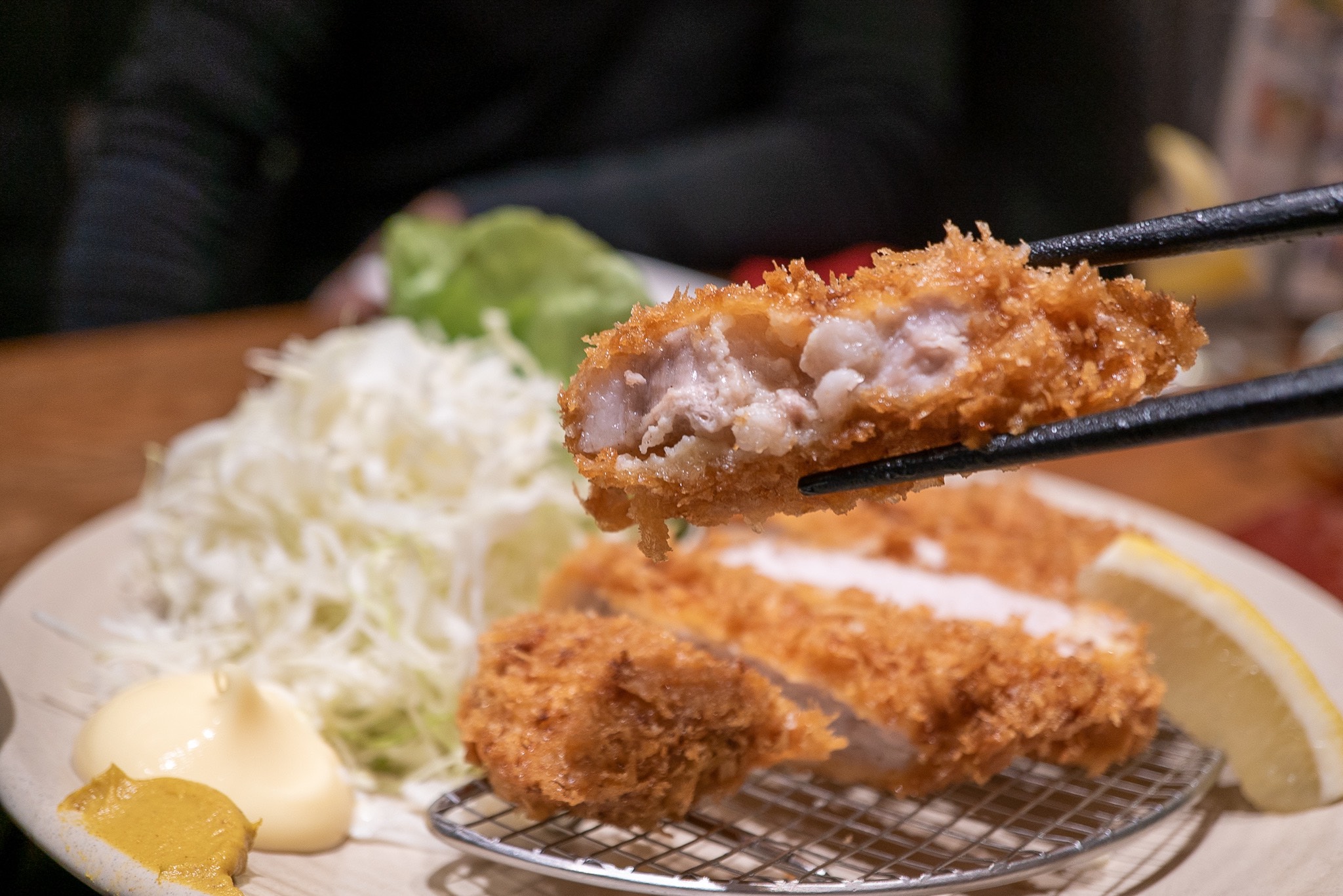 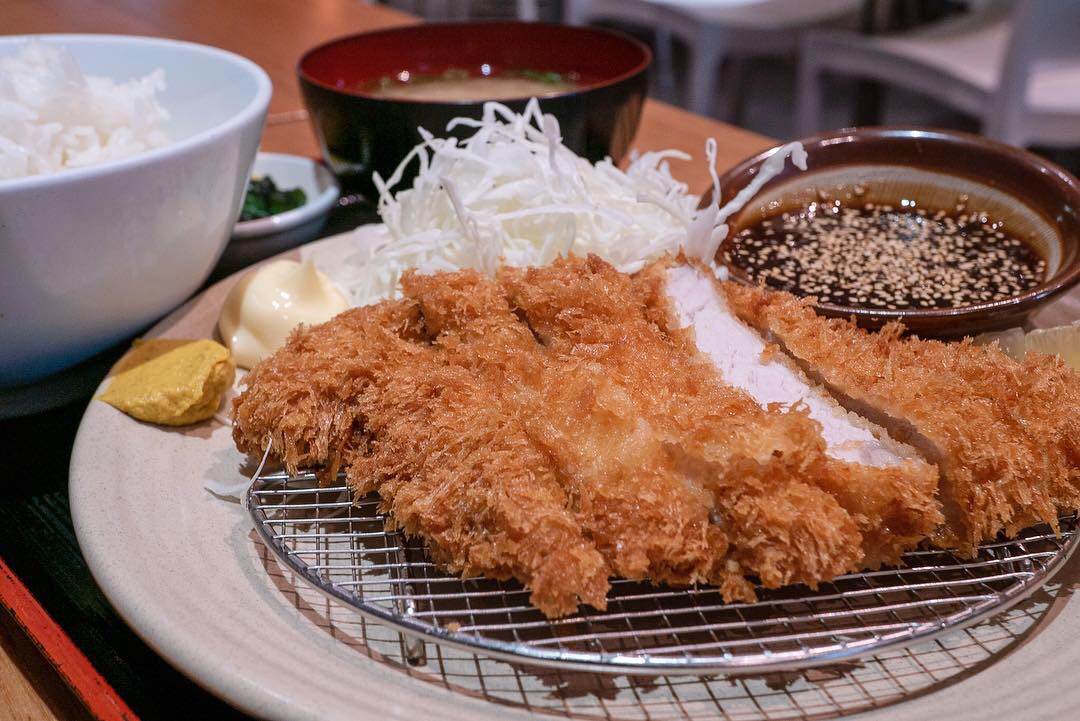 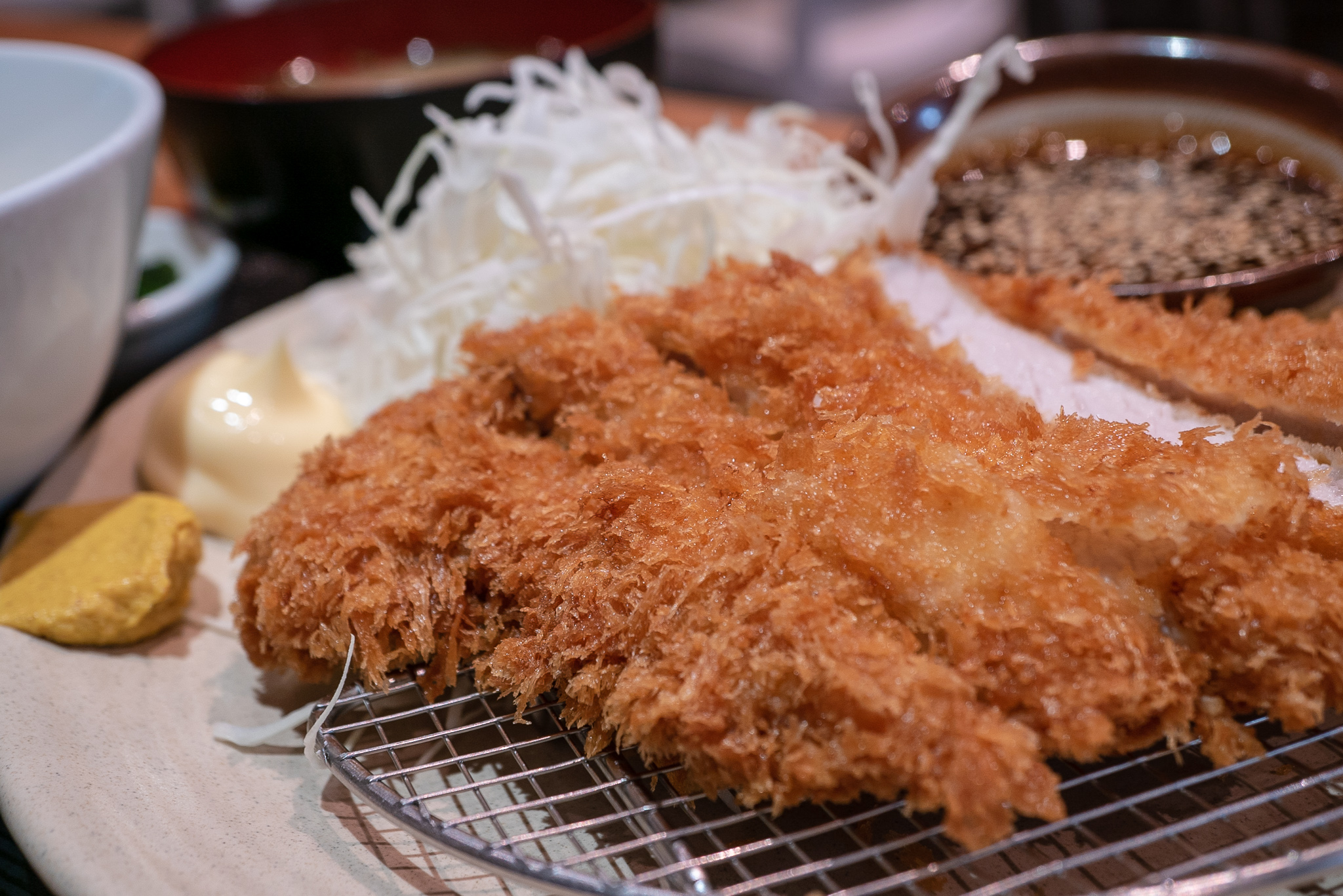 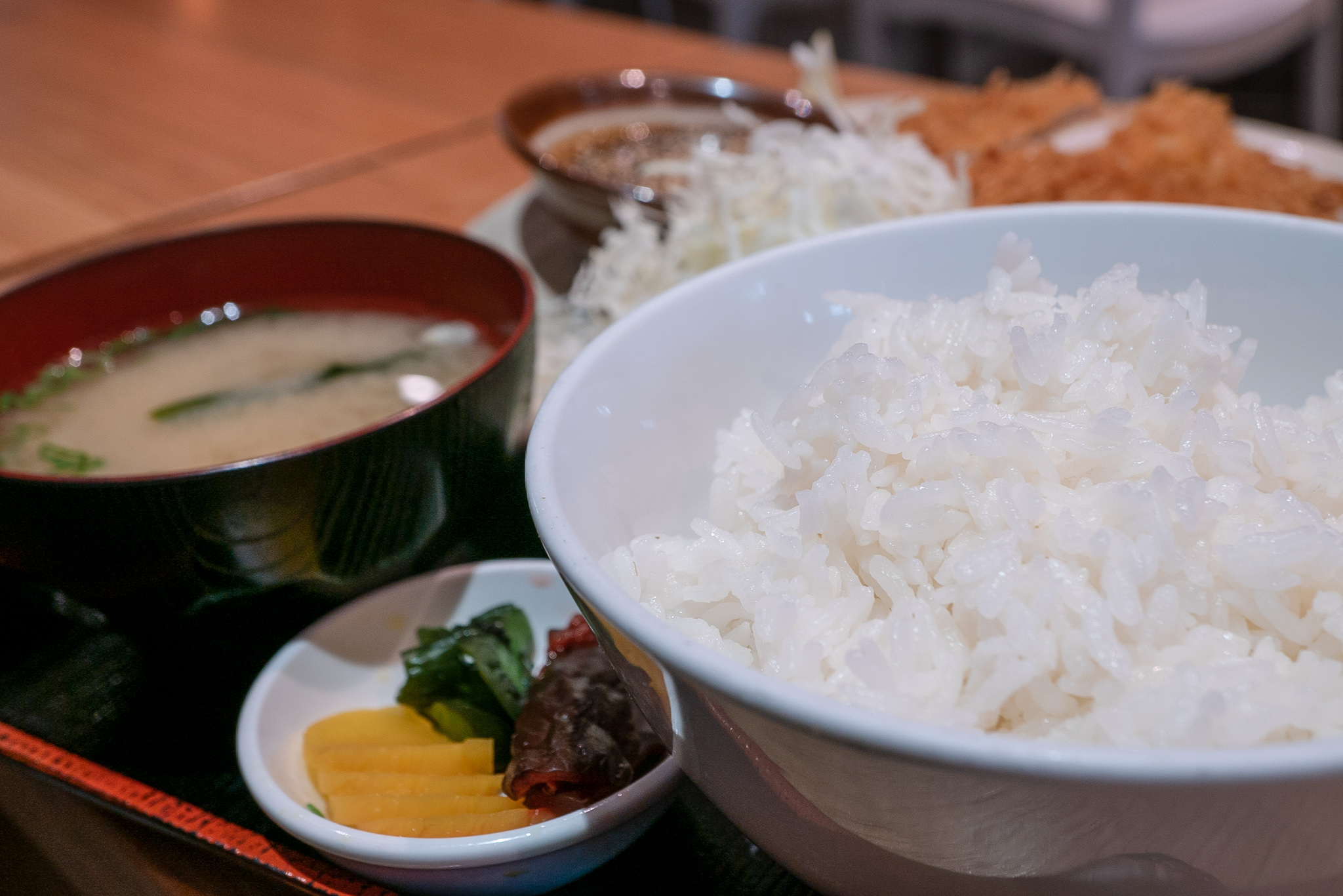 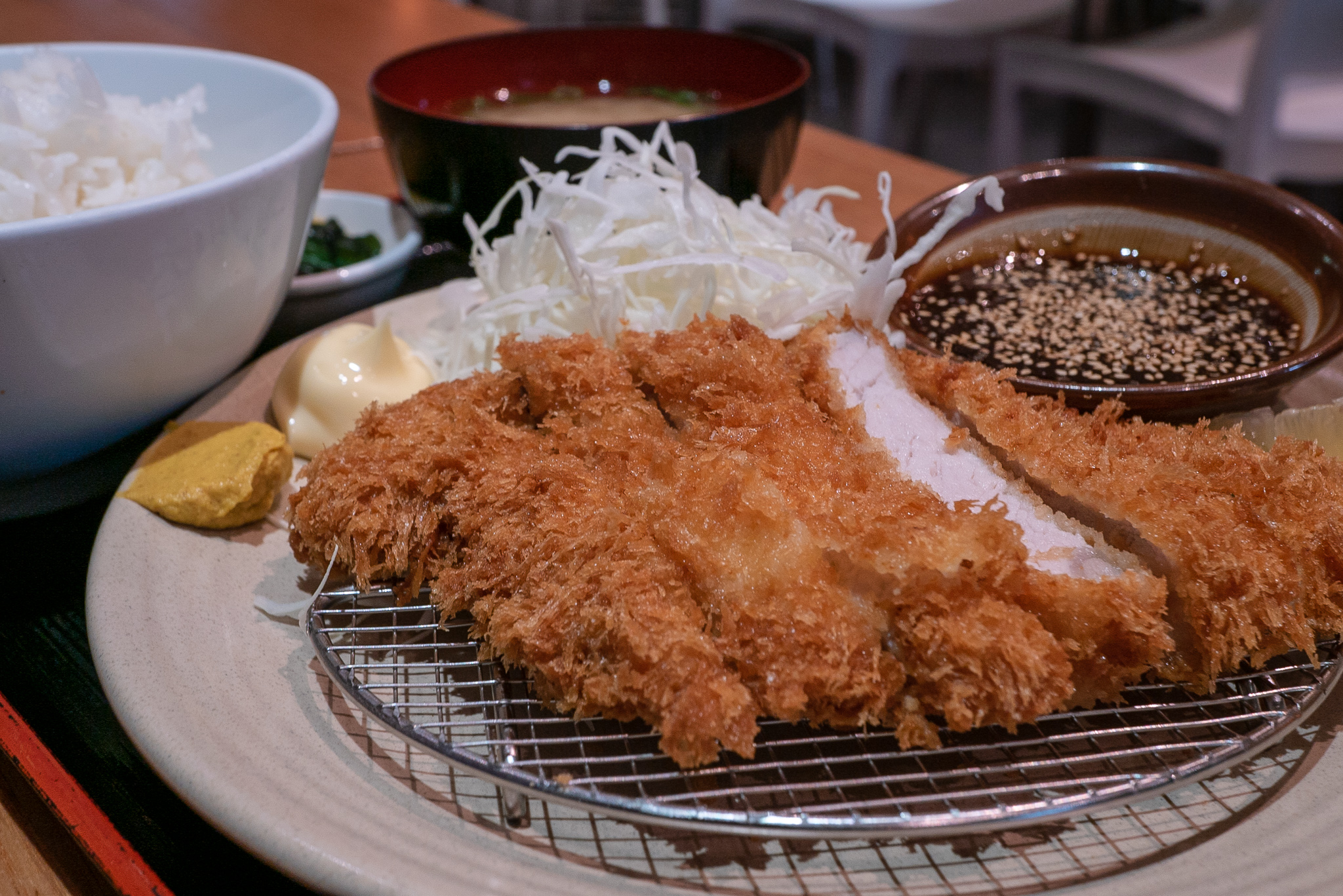 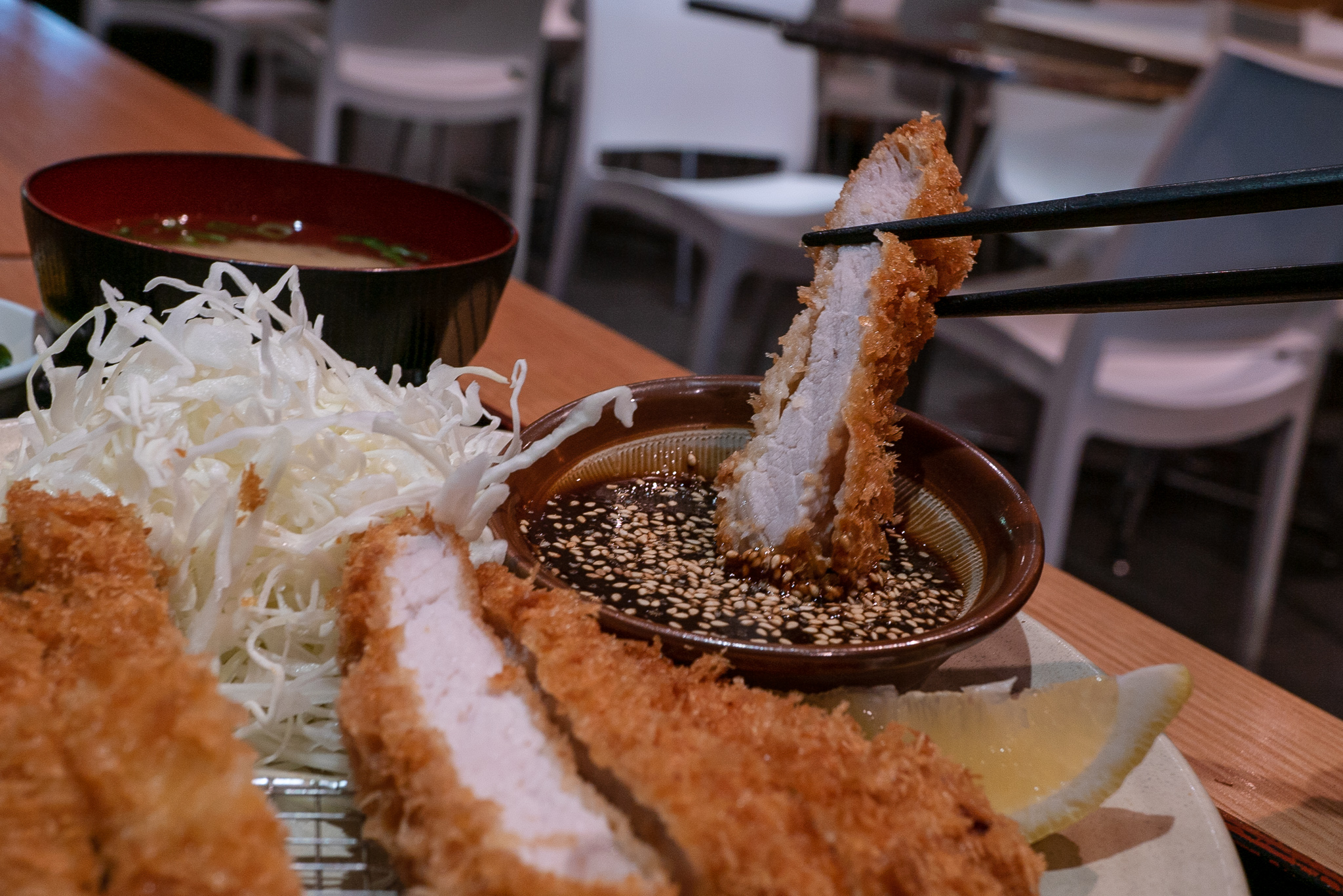 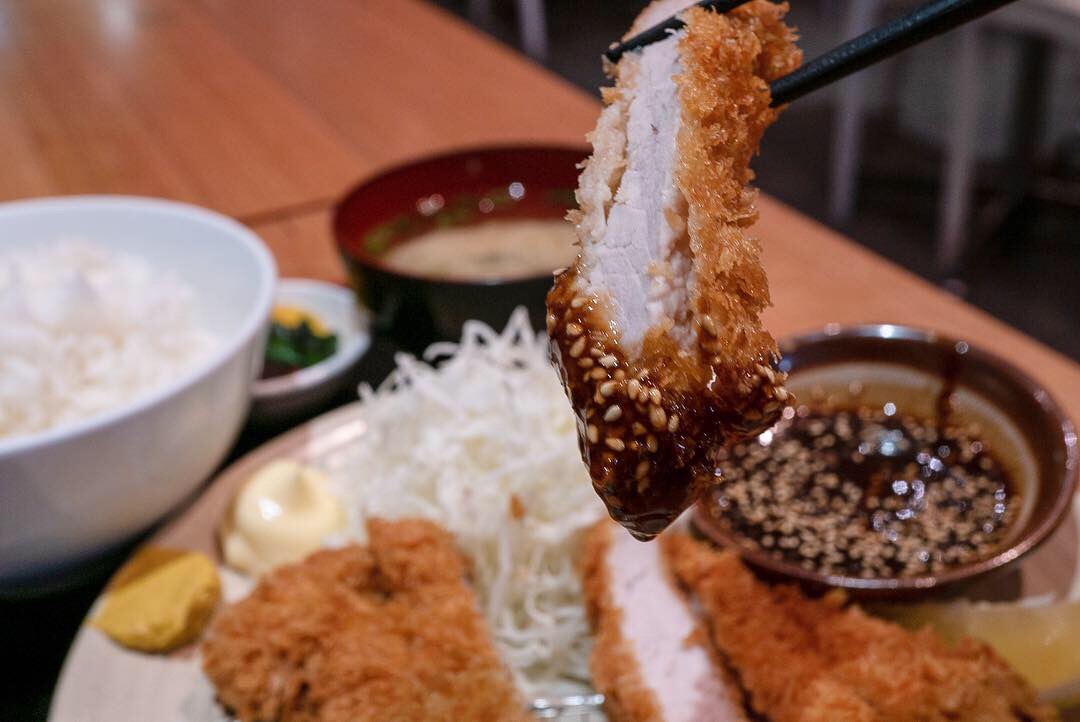